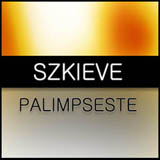 INFO:
This album has been recorded in the year 1999. It was initialy a request from a label now almost defunct. The album has never been released and was sleeping my archives since then. The reason why it had been pulled off is mostly due to the fact the record label didn't think the result would fit in their catalog. Although they heard an early demo version of it - as they requested a more complete and better sounding version - they thought it was not minimal enough for them. I still think most parts of this release are strong and still are interesting. I hope you will like it. This disc combines elements of minimal glitch, early click'n'cuts and dark atmospheres. Please remember it was first composed during the winter of 1999!

Several well known works of art have been painted over older ones. However, most of the time the new piece didn't pay much tribute to the covered art, no influence was to be seen. Some suggest this technique has been mainly used by artists who were searching for cheap canvases. This technique is called "Palimpseste" in French (or Palimpsest in English). For this album I used a technique I am still using very often, I first compose tracks with the help of several pieces of equipment which therefore will be cleaned and cut to be reused once again as samples with a radicaly different result. This process of creating twice over the same elements, canvases, remined me of the aforementioned technique.

It is available for download in two formats. One, as a single VBR mp3 file that doesn't include any index etc. The other version is made of split files but for some reasons the index aren't making much sense of the sound result as some sections are split over several tracks indexes. I would suggest you to download the single VBR file instead because that one doesn't have any gap in between continous tracks.

Szkieve (pronounced s-kee-vh) is Dimitri della Faille, founder of Disques Hushush. Born and raised Belgian and living in Montréal, Dimitri is currently working on his PhD thesis in Political Sociology. During his graduate studies he visited several universities in Argentina, Belgium, Canada and the United States. Szkieve is actually a mispelled equivalent for the word "Skew" in the Brussels dialect.

Uploaded by disques_hushush on September 20, 2004